The VHS hold 3 meetings and a number of other events each year.

Our next meeting is:

“The Holden Ute vs. the Elfin

Home-grown products are often the best; the enduring success of the Holden Ute is underpinned by capacity to function effectively as a workhorse in a wide variety of conditions. Elfin, which has the distinction of being the oldest continuous manufacturer of sports cars in Australia, have adopted a completely different approach, and since 1951 have relied upon appealing to a small niche market.

Admittedly, this talk is (predominantly) about geckos, not motor vehicles, but the two native sub-families of gekkonids have also adopted very different strategies in order to conquer the continent. As a result, Australia is blessed with an assemblage of species – some incredibly bizarre in appearance – to rival any other region of the globe. Many are highly prized among hobbyists, both in this country and overseas.

Tonight we will examine the lineage and evolution of both sub-families, together with the captive maintenance of a variety of species. We will also explore recent advances in husbandry equipment, and to this end a couple of leading authorities have agreed to design and exhibit state-of –the-art gecko display enclosures.

Unfortunately, the ubiquitous “Gecko Wrangler” is not the curator of a reptile park, zoo or museum (he remains open to offers). To his chagrin he is also yet to make his debut on syndicated television, although he has roughed out a couple of scripts.

As a small child in his native England, the budding hobbyist became fascinated by newts and slow worms (there’s not much else in the UK). Upon arrival in Australia at the age of 10, a host of herpetological wonders were to be found outside the back door. The capture of his first snake (a copperhead) proved to be extremely fortuitous, since his parents quickly negotiated a trade-off, whereby John could keep any animal he desired so long as it wasn’t venomous.

John has kept Australian geckos since his teens (when the world was still flat) and is particularly interested in the potential for line breeding variants of some of our species. He has contributed many articles to herpetological publications, is co-author of “Keeping & Breeding Australian Lizards” and has conducted (irregular) presentations on Australian geckos.

John’s other hobbies include playing drums and, with wife Lala, travel and fishing. Unfortunately Lala catches all the big ones. He remains hopeful that, if there is room in Australia for a “Crocoseum”, a Gecko World theme park may just be viable. 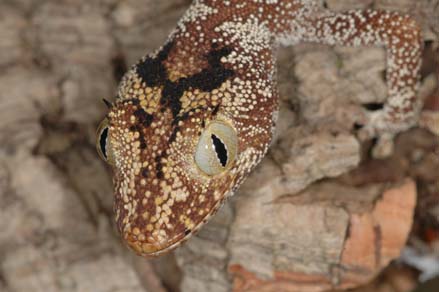 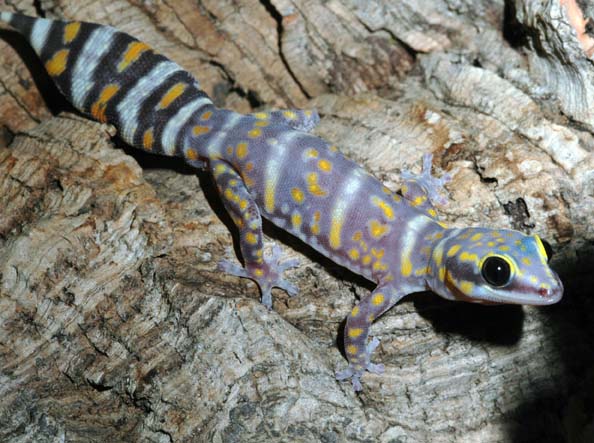 A review of this meeting is in Odatria #10